When I mention using VCAs to folks, I most often just get a blank look! Not too many people know what these tools are, especially those who have learned production in the digital world! VCA stands for “Voltage Controlled Amplifier”. I am not going to get into the techno-babble about it here. We are focusing on application in this article. I will just say that the technology harkens back to the days of the large-format analog console. Now it is a tool that is found in many DAWs, such as Pro Tools, and Logic.

What is a VCA?

The basic idea of a VCA is that it is essentially a fader that controls a group of other faders. Kind of like a subgroup, but with a few major differences. A VCA fader does not have any inserts, sends, or pan controls. It also does not have any audio routing. It is simply a tool to control the volume of the overall group, without changing the relationship of the individual tracks within the group.

So why not just use a basic group function? Well, one of the main advantages of using a VCA is that once it is set up, you can disable the actual group function itself, and still have control over the group as a whole. That way, you can still tweak the individual tracks, without having to toggle the group function on and off endlessly. Win!

What about parallel groups?

I’m glad you asked! Parallel groups are so common these days. But this is easy. Typically, I simply add whatever parallel groups I am using on a mix to the corresponding VCA group. That way, again, you are maintaining the relationship between the individual channels and their parallel groups, while maintaining volume control of the overall group. Sweet!

In fact, what is so cool about using a VCA, is that you can add almost any kind of track or channel to the group. Anything that can be added to a group can be controlled with the VCA. Audio tracks, aux channels, effects return channels, subgroups, even other VCAs! This can be a real lifesaver, especially in a complex mix with a high channel count.

For example, say you have gotten pretty close to a complete mix, but all of a sudden the drums seem to be a bit loud overall. You spent a good couple hours getting the drum mix exactly the way you wanted it, with multiple subgroups, parallel compression, a couple layers of reverb, and so on. With the VCA, you can simply drop the overall level of EVERYTHING by a db or so. Boom. All your level relationships between the myriad components of your drum mix stay the same. Lifesaver!

One of the main applications I use VCAs for are automation passes. Using the same drum mix example from above, let’s say I want to ride some of the badass drum fills the drummer played throughout the mix to make the drums more dynamic (seriously, you should do this). Well, with the VCA, this is a one-finger operation! Trust me, I remember the days of the six-or-eight-handed mixes! I am that old. LOL.

Same goes for those big group backing vocals, or that big layered pad you created using a couple different synths, string patches, and so forth. Easy day! Usually, I have VCAs set up for drums, bass, acoustic guitars, electric guitars, keys, lead vocals, and backing vocals. Sometimes I end up using separate VCAs for any percussion or lead guitars, etc. It all depends on how much stacking and layering you do within your production.

The very cool thing about all this, is you can still write automation to individual tracks as necessary. But using the VCA gives you a tremendous amount of flexibility with your larger groups.

Setting up your VCA

OK, I can’t go into how to set up a VCA group for every DAW out there. First, not all DAWs are created equal. Some don’t have the function. But, in the most basic terms, you simply create a group with everything you want to be assigned to the VCA, and then… assign the VCA to that group! It really is that easy. Read your DAW manual!

I have included a couple very short videos below that show the basic idea in Pro Tools. In the first video, you can see how I simply grab the VCA fader to control the level of all 23 channels in my drum mix for this song. In the second video, you can see how the group “All Drums” is assigned to the “Drums” VCA. It’s as easy as that!

So there you have it. Using a VCA channel is a simple, and efficient way to take control of your large groups and complex mixes. I have gotten to the point that I really hate to mix in a DAW that doesn’t offer a VCA function. It really makes all the difference for me. I hope you get to know your VCA as well! Happy mixing! 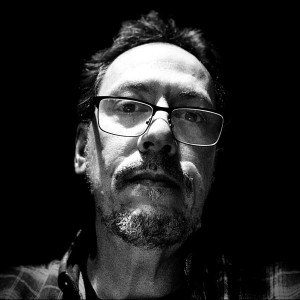 Become A Better Songwriter – Writing From The Title