Charlottesville, VA based indie label SMTM Records has announced the re-release of “Name Your Poison”, the 1988 debut album of Ann Arbor, MI cult-favorite rock group Dog Soldier. The release is available on all major streaming platforms, and will also include a limited number of new-old-stock, original, direct-to-metal mastered vinyl LP’s.

Originally released on Atlanta-based Third Coast Records, the re-release is the brainchild of former Third Coast founders Gary Dimitrie and Mark Latessa, and former Dog Soldier Guitarist Matt Singleton, now President of SMTM Records. Latessa recalls that “Everyone involved put a lot of blood, sweat, and tears into the original “Name Your Poison” release. We worked around the clock, partnering with a dozen domestic independent vinyl distributors as well as signing a deal with another label in France to manufacture and distribute the record in Europe. The record was charting across Europe and the U.S. on commercial & college radio playlists, and the band was touring the Eastern half of the country relentlessly. It was an exciting time!”.

The four founding members of the group were LJ Steele, Brad Northrop, Cristina Samonte, and Singleton. The band was steeped in the history of Ann Arbor and Detroit Rock, with Steele and Northrop being founding members of The Cult Heroes, and Steele having served time in seminal Detroit acts Destroy All Monsters and Dark Carnival, alongside luminaries such as Mike Davis (MC5), and Ron Asheton (Stooges).

Dog Soldier surged to popularity in the mid- ’80’s, with critical acclaim of “Name Your Poison” reaching a zenith in early 1989:

“Echoes of Iggy and the Stooges, the MC5 and The Amboy Dukes”. Cristina (lead vocalist) has a voice that recalls Pattie Smith, Joan Jett and Tina Turner” (Option Magazine, LA).

“All together a worthy work. Dog Soldier could be going places.” (Alternative Press, Cleveland, OH).

The group disbanded in Spring of 1990, while in the final stages of recording for their sophomore release, “Shoot to Kill”.

Over the ensuing years, the founding members drifted apart, with Steele staying in Atlanta, and Singleton moving to the SF Bay Area, where he founded The Blue Room Studios, and produced and recorded acts such as Train, Storm Large, members of the Four Non-Blondes, and more. The original 2″ analog masters for “Shoot to Kill” were thought to have been lost, until Samonte, still based in Detroit, tracked them down in 1994, and salvaged them from the now defunct School House Studio in Ann Arbor. She then had the reels stored in a temperature controlled vault at Tempermill Studios in Detroit.

After a conversation in 2018, Singleton and Dimitrie decided to not only re-release “Name Your Poison”, but to also resurrect the recordings for “Shoot to Kill”. “The energy and response the band generated some 30 years ago was very intense,” says Dimitrie. “We all felt like there was unfinished business, especially regarding the second record. We did a little research, and it looked like there was a potential audience still out there. So we decided to re-animate Dog Soldier! We are going back to the future of rock!”.

Samonte got Singleton in touch with Dave Feeney at Tempermill, and the process of carefully transferring the old analog tapes to digital began. Once the digital files had been created, Singleton got to work at the in-house studio at SMTM Records, editing and mixing, and in some cases, re-recording the original “Shoot to Kill” tracks. “It’s been a pretty cool project” says Singleton, “It’s a bit eye-opening to listen to a recording of yourself from 30 years ago… we were so young! The tracks themselves were pretty raw… the album wasn’t quite finished, and due to the age of the tape, there were issues with some of the guitar tracks. I had to re-record some of it. It was a bit of a balancing act to try to be faithful to the time and place of the original recordings, while also leveraging the 30 years of experience I have since then, and bringing a more modern mix sensibility to the table”.

“Name Your Poison” is available now, and “Shoot to Kill” is planned for a Spring 2021 release. 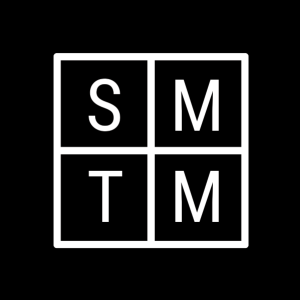